Home
Reviews
Avocet ABS Vs Yale Platinum: Which One To Buy?
Check our guides
Learn More!

The Yale P-YS3-3535NT Platinum and the Avocet ABS are both certified anti-snap Euro lock cylinders. That means they’ve been designed to resist the snapping attack that burglars commonly use. Beyond the anti-snap design, there are big differences between these two cylinders.

In this Avocet ABS vs. Yale Platinum review, we compare the two locks to help you choose the right one for your door. 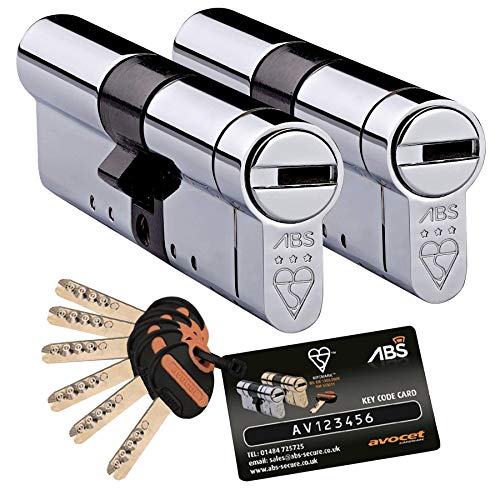 The Yale Platinum lock cylinder has the all-important TS007 3-star certification. This guarantees that it is designed to resist a snapping attack. The outer part of the lock has a sacrificial section that snaps off and blocks access the lock case.

These two certifications mean the Yale Platinum is secured against a wide range of attacks, not just snapping. It can also resist bumping, picking, drilling and pulling.

The SS312 standard is more demanding in terms of the tests a lock has to pass to receive certification. This makes Avocet ABS more secure than Yale Platinum. It can resist all sorts of attacks including snapping, bumping, drilling and picking.

Yale Platinum is a single thumb-turn lock cylinder. Only one side of the cylinder – the external side – has a keyhole. The internal side has a thumb-turn.

A singe lock cylinder like Yale Platinum is suitable if you want to open the door from the inside without having to reach for your key. You simply rotate the thumb-turn to unlock the door. You can then lock it from the outside with a key.

Avocet ABS is a double lock cylinder. That means it has a keyhole on either side of the door. You have to use a key to unlock the door from the inside and outside.

Be careful how you install the Avocet lock cylinder. There’s a specific side that goes on the outside (the side marked EXT). This end of the cylinder has the anti-snap technology that protects your lock.

Another notable design feature of the Avocet ABS cylinder is that they are actually two cylinders. The package consists of two keyed alike lock cylinders.

Keyed alike means the two cylinders use the same keys to lock and unlock. This is handy if you want to use the same key on the front and back doors. It saves you the trouble of carrying a big bunch of keys.

The Avocet ABS lock cylinder has a wider range of sizes to choose from ranging from 30/30 for thin doors to 55/45 for thicker doors.

The Yale Platinum lock cylinder comes with a set of three keys. But they are not ordinary keys. For extra security, the Yale lock uses dimple keys, which are harder to duplicate. This reduces the risk of someone copying the key without your knowledge.

If, in the future, you want more keys or need replacements, Yale Platinum comes with a key card containing an identifying key code. Use this code to order additional keys.

The Avocet ABS pair of lock cylinders comes with six keys, enough to give to each adult family member and leave a couple spare ones for safekeeping.

Avocet ABS keys also have a dimpled design. They also come with a key card if you need to order spare keys.

Consisting of two lock cylinders, Avocet ABS is obviously more expensive. But even when you half the price, a single Avocet ABS lock still costs a bit more than the Yale Platinum lock.

This is likely because Avocet is a double lock and carries the more secure Sold Secure Diamond certification.

Avocet ABS vs. Yale Platinum: Which One Should You Buy? 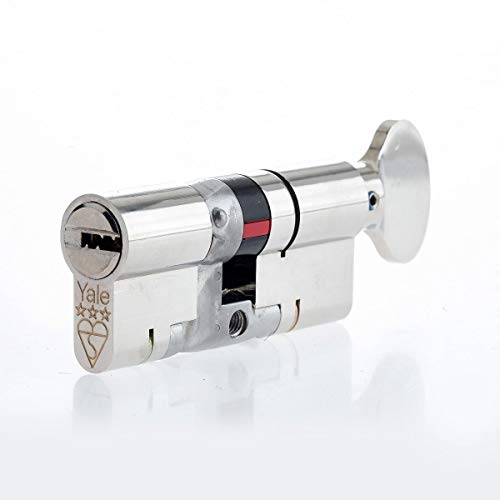