Home
Blog
What To Do When Burglar Is In Your House?
Check our guides
Learn More!

Every 108 seconds, a home in the UK is burglarised. In more than half of these cases, the owner is in the house.

Obviously, a burglary is worse if you happen to be around. It can quickly turn disastrous with an increased risk of injury or loss of life. So what to do when burglar is in your house?

The best action to take depends on the specific scenario. Can the burglar see you? Are you outside or inside the house?

We’ll look into different scenarios and what to do during each.

A Burglar Is In The House While You Are Inside 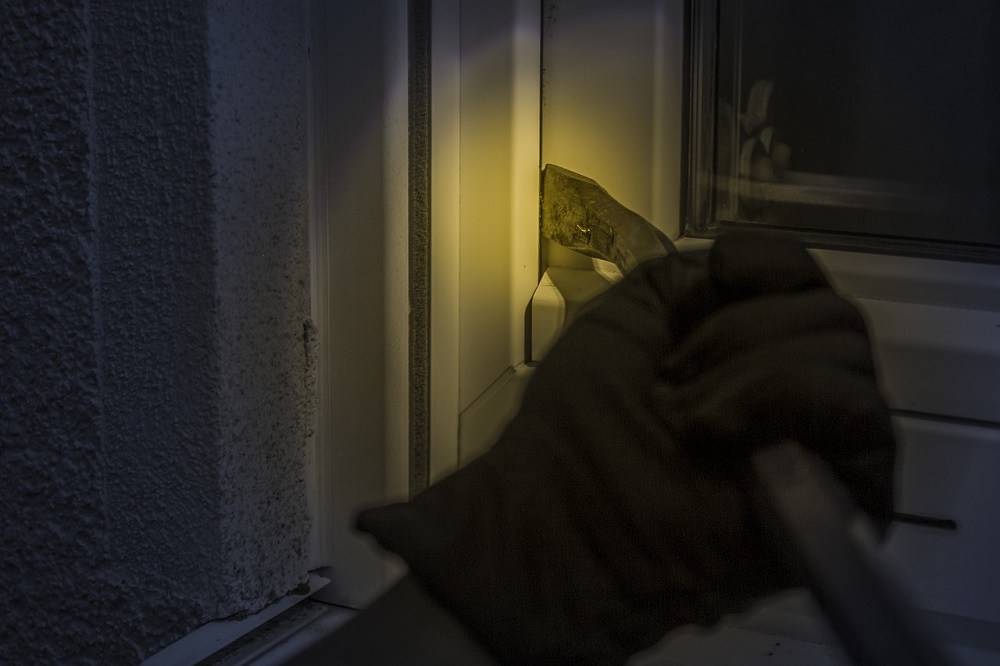 It’s a good idea to be sure that there’s actually a burglar in the house. It could be a pet or even an appliances making noise. You could also be hearing noises from the TV.

Be quiet and turn down the TV or radio to check if you can hear the sounds clearly. Listen for footsteps, a door being forced open or breaking glass.

Most burglars want to be in and out within the shortest time possible. Don’t go charging towards the noise with a bat or some other weapon. This could escalate a normal burglary into a robbery. You can’t be sure if the burglar is armed and what they intend to do.

Your plan A should always be to escape the house as fast as possible, if you can. Once you are at a safe distance from the house, immediately call 999/112.

If escaping has failed, stay quiet and hide. Make sure you have your phone with you as you barricade behind lockable doors. Call 999/112 promptly. As difficult as it could be, try to stay calm and give concise information about the burglary to the police.

If you feel like talking or making any noise may endanger or give away your hideout, then call 999/112 then remain silent and press 55 (silent solution) to alert the police that you need help but cannot make noise. Keep the line open to let the police hear what is happening, sit tight and wait.

What If The Burglar Has Me In Sight?

In the worst-case scenario, you are face-to-face with the burglar. Try to remain calm and avoid making sudden moves that may prompt the intruder to harm you.

Raise your hands and tell them that you are willing to cooperate and that they can take anything they want. Your life is more valuable than your properties.

Whether or not their face is covered, do not make eye contact with the burglar(s). It could be interpreted as a sign of aggression and the burglar may feel like you are trying to identify them.

But in some cases, you may be forced to protect yourself against the burglar. Don’t wait to be attacked to use defensive force if you fear for your life.

This ‘reasonable force’ is however, controlled by the Crown Persecution Service (CPS) to prevent unlawful hurt to the burglar. Police will investigate any harm or death, so any attack will have to be looked into. Believe or not, there have been cases where burglars actually sued homeowners.

What To Do After The Burglary 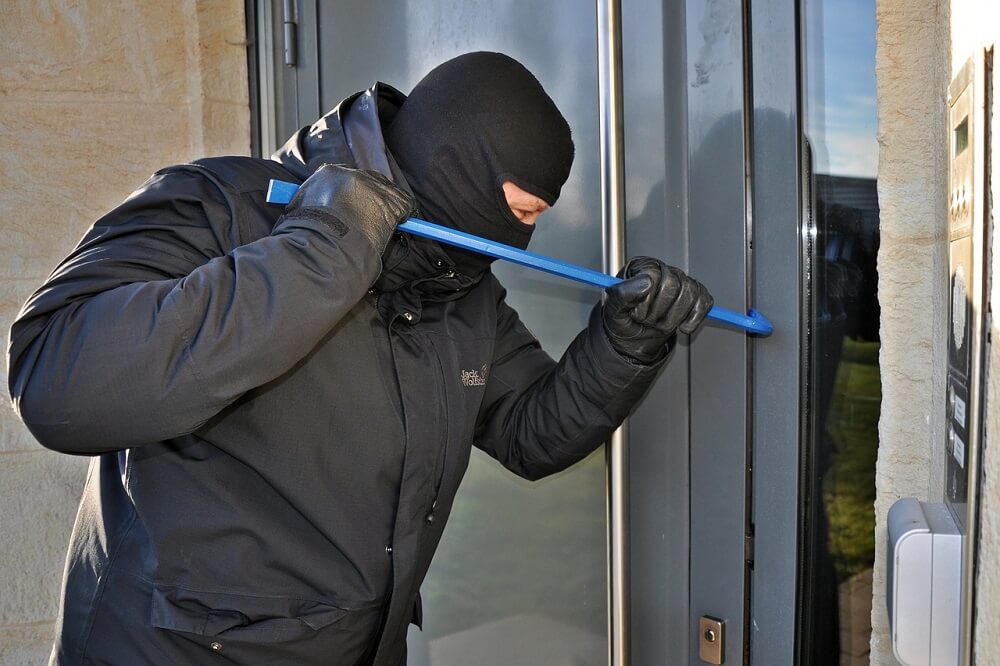 If you are certain that the burglar is gone call the non-emergency number, 101. If not, call 999 at a safe place.

Try not to touch or move anything at the crime scene as the forensic team will need to look for fingerprints and footprints.

When the police arrive, they will take your statement and give you a crime number that is essential for making an insurance claim.

28% of people get burgled for a second time at the same address, so it is advisable to install home security systems if you have none and change window and door locks.