Home
Blog
How To Stop Your Van Being Stolen?
Check our guides
Learn More!

Van theft is on the rise in the UK, mostly targeted at businesses operating fleets of vans. If they can’t steal the vans, thieves target what’s inside the van – whether it’s tools or goods.

To prevent your van from being stolen, think from the perspective of the thief. Figure out the vulnerabilities they are likely to exploit, and then work to seal those weaknesses.

Keep in mind that no solution is foolproof. Plan for the worst by installing a tracker to make it easier to find your van in case a determined thief gets away with it. So how to stop your van being stolen? Read on…

Why Are Vans Easy Targets For Thieves? 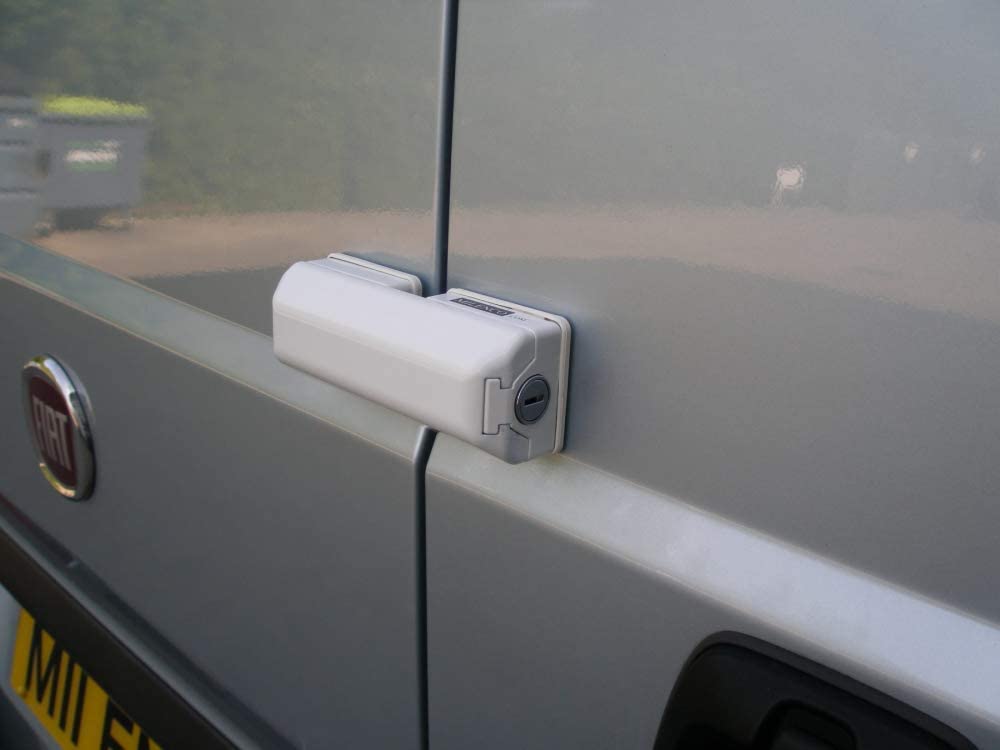 Modern vehicles are harder to steal since they come with advanced anti-theft features. But many modern vans lack basic security features like an alarm, making them relatively easy targets for thieves.

Vans also tend to be parked where it’s easier for thieves to break into them, usually dimly lit parking lots and roadsides.

How To Protect Your Van (And Its Contents) From Theft

1. Get A Secure Lock

Even if the front doors are properly secured with modern locks, the rear door could be a weak point. Many vans have low security rear locks, providing easy entry for thieves.

Even if they cannot access the driver’s area, they’ll steal whatever they can find in the back.

So make sure your van is secure all round. Consider upgrading the rear door lock to a heavy duty one that is resistant to cutting, picking, and other attacks.

If your van has a sliding door, there are van locks made specifically to make these types of doors more secure.

In addition to the main lock, also install a deadlock. This provides extra protection when you leave your van parked somewhere overnight.

In the hassle of loading or unloading the van, it’s easy to forget to lock the doors. Even leaving the van unlocked for a few minutes is all the time a thief needs to get in and drive away with it.

Even if you are popping into a building for a couple of minutes, always leave the van locked.

If you frequently get in and out of the van, get a slamlock. It automatically locks when you slam the door, ensuring you’ll never leave the van unlocked.

If the van doesn’t have an alarm system, install one. It is a highly effective deterrence against thieves. It’ll go off if someone attempts to break into the van.

Get an alarm that will also send you a test or alert on your phone if the van alarm goes off.

Along with the alarm, you should also install an immobiliser if your van doesn’t have one. An immobiliser keeps the engine from starting unless the correct key is present or inserted into the ignition. This prevents hotwiring.

Thieves often break into a van hoping to find expensive tools. Make sure any tools and other valuable stuff in the van can’t easily be seen from outside. This gives thieves less incentive to attempt a break-in.

Even better, secure anything valuable in a van safe or secure lock box that’s anchored to the van itself. That way, even if they break in, there’s another deterrence.

A steering wheel lock protects your van when you park it for an extended period such as overnight.

A steering wheel lock immobilises the steering wheel, making it harder for thieves to get away with the van. It’s not foolproof, but the work and noise it takes to break through it is usually enough of a deterrence.

In many cases, vans are stolen because they are parked where it’s easy for thieves to break into them. Dim and unsecured parking lots are common targets for vehicle thieves. Avoid them.

Also, avoid leaving the van for long periods at the side of the road or hidden areas where thieves don’t have to worry about attracting attention.

To make things easy for themselves, some thieves will first attempt to steal the keys to the van instead of spending time trying to break into it.

Don’t leave van keys where it’s easy for someone to snatch them, whether it’s at home or business premises.

What To Do If Your Van Is Stolen?

Call the police non-emergency number, 101, or visit the nearest police station to file a report. Mention the exact make and model of the van and an itemised list of valuables inside the van.

Next, inform your insurance company.

If your van has tracking, see if you can track it down.